GAZELA BIZNESU 2016 FOR OUR COMPANY

Once again Dantom Sp. z o.o. has entered the elite group of Gazele Biznesu 2016. For the first time our company won this title in 2010. Continuous development, team commitment and innovations introduced in the company have brought very good results and placed us within the most dynamic small and medium-sized companies.

A title of Gazela Biznesu 2016 could be awarded to a company which gained profit in 2013-2016, had increasing sales profit year by year, and in 2013 its sales value was within 3-200 mln. Financial results were analysed by Cofance.

The Ranking of Gazele Biznesu has been published for the 17th time by the "Puls Biznesu" daily. The official awards ceremony was held on 28.02.2017 in Poznań. The evening was honoured by performance of the outstanding Polish artist, Stanislaw Sojka. 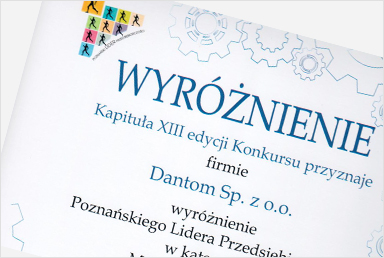 Our company was honored in the category of Small Entrepreneur in the 13th edition of the competition for the title of the Poznan Leader of Entrepreneurship. The official ceremony was held on 19.04.2016 at Poznan International Fair.

Poznan Leader of Entrepreneurship is a competition aimed at SMEs. The awarded companies include entrepreneurs who are successful on the market, they have an interesting offer and their activities are environmentally friendly. The winners apply innovation and modern methods as regards organization of work as well as fulfilling their obligations.

The organizers of the competition are the President of Poznan and the Head of Poznan District. 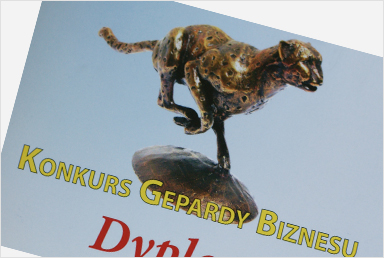 In 2014 we won the title of Cheetah of Business 2014 for exporters due to the increasing the market value.

Cheetahs of Business is a ranking for dynamic companies prepared by Business Information Body Infocredit. The ranking indicates the companies which had at least half a million zlotys in revenues per year, a minimum of 10 thousand PLN net profit and the value of their capital was positive in the period of 2011-2013.

Contest Cheetahs of Business has been organized since 2006 by the Institute of Modern Business (Instytut Nowoczesnego Biznesu).

We are very happy that we are appreciated and thank everyone who contributed to this success. 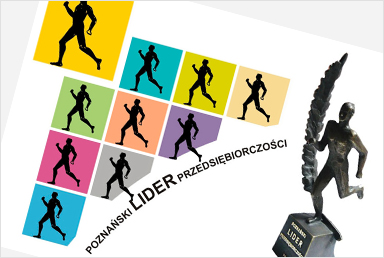 In 2011 our company won the title of Poznan Leader of Entrepreneurship in the category of "Small entrepreneur". The competition included the entrepreneurs from the city of Poznan and Poznan agglomeration. Among the criteria to be evaluated such as the analysis of the economic situation the following aspects were taken in consideration: quality of the offered product or services, use of the quality assurance system, the value of the investments, increase of employment and opinions of contractors and business partners confirmed by proper documents. Charity activity and involvement in community life as regards the company was significant as well together with its policy towards employees and achievements. 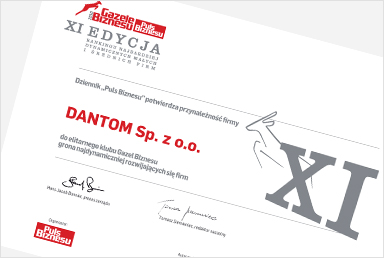 The spectacular awards ceremony was held on the 2nd of March 2011 at the International Poznan Fair. 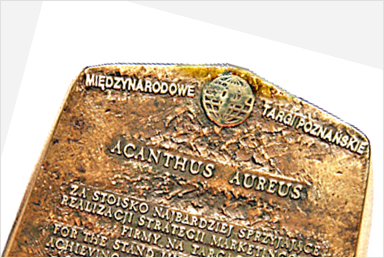 During the International Fair of Food Processing Technologies POLAGRA-TECH in 2010 our exhibition booth won the award called Acanthus Aureus. Acanthus Aureus is awarded by MTP for the best architectural and graphical solutions, which facilitate direct communication with customers and underline the positive image of companies presenting their products during the fair.

We are very pleased that the effort of the whole DANTOM team has been recognized and rewarded! 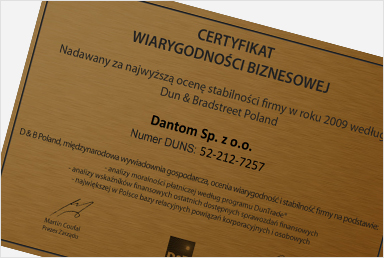